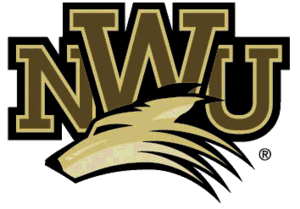 Leadership is not something you are born with; it’s something you develop with time and effort. It’s a never-ending cycle of learning, trying, and failing miserably before succeeding. For this reason, I strongly believe in the quote by Kevin Durant:

Leaders who aren’t constantly working hard aren’t going to be in a leadership role for much longer, it’s that simple.

NWU – A Home Nine Thousand Miles Away from Home

At the beginning, studying abroad was not my dream. It was my parents’ dream, especially my mom’s. Somehow, she planted that idea in my head when I was growing up. I also had many friends who studied abroad and had amazing student-athlete experiences. Fortunately, I decided to follow the same path.

Tennis entered my life when I was seven-years-old. I had many coaches and mentors and learned all sorts of things. As a kid, not all of their lessons made sense to me, but I absorbed what I was told, hoping that someday it would all make sense like a big puzzle.

I wasn’t the most talented player so balancing school with practice during the week was something I had to learn. But no matter how much effort I put in, nothing could prepare me for some of the challenges I was about to face. The cultural differences, financial burdens, and especially the emotional rollercoaster of being a student-athlete thousands of miles away from home took a lot out of me.

It just wasn’t complete without my parents and life-long friends.

But their absence left a gap that was filled with curiosity. And I used that curiosity to learn all about college. 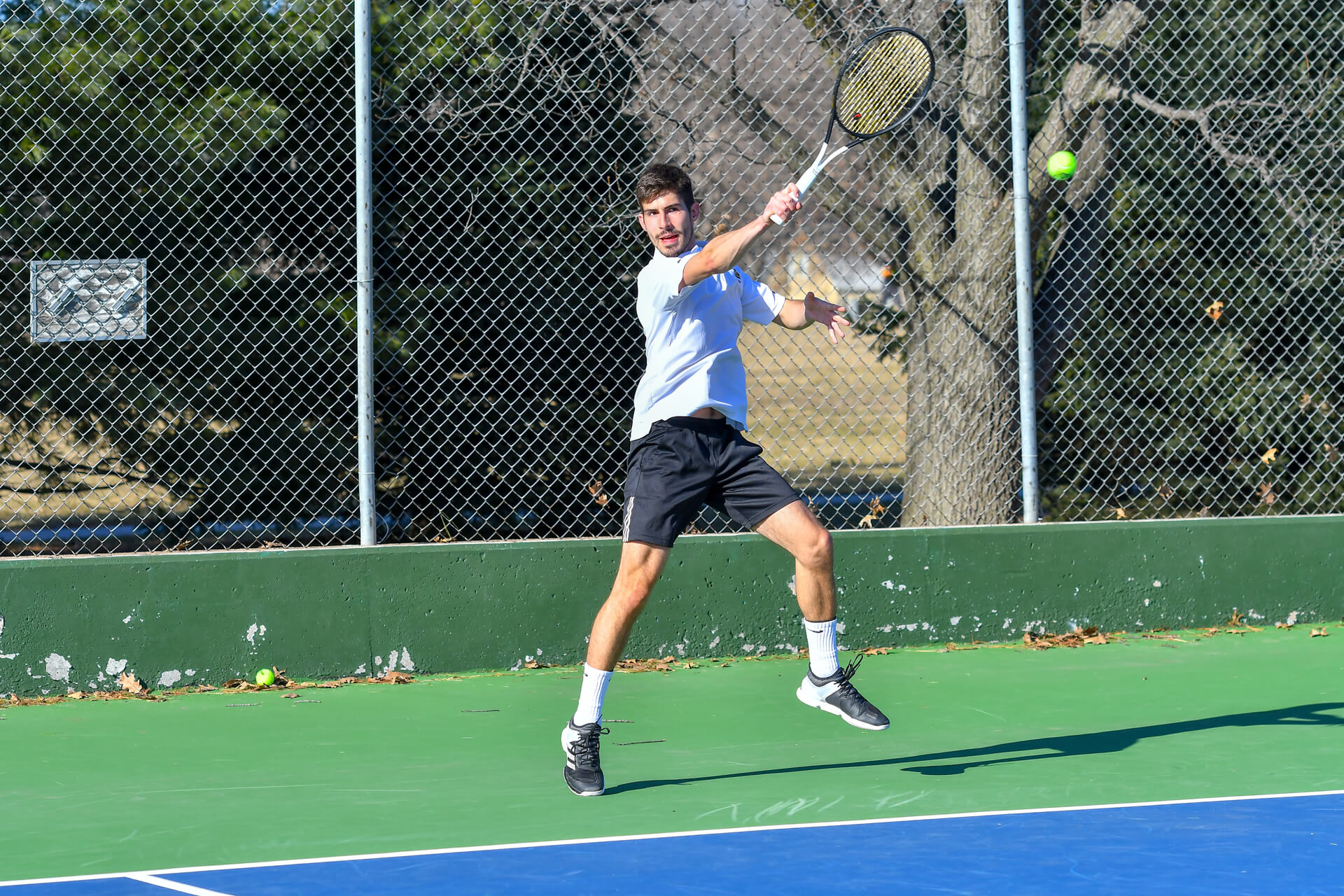 What Studying Abroad Teaches You Outside the Classroom

Luckily, I had a strong support system. My girlfriend, who was going through the same challenges, and my parents’ supporting prayers and comforting words when I felt lost truly helped me through these times. I often wondered how other students dealt with those struggles.

Do they drive home on a Friday night after their evening classes, enjoy the weekend at home, have a nice meal, and sleep in their own bed? Unfortunately, that wasn’t an option for me.

We didn’t have the financial means to fly me home all the time which taught me a very important lesson — to value every moment I get to spend with my family.

Every single hug at an airport gate. Every meal at the dinner table. Each morning I was able to wake up and listen to them saying good morning, instead of reading it from my phone’s screen.

I’ve spent countless Easters, Thanksgivings, and birthday parties away from my family. Most people find it sad or feel bad for my “circumstances”, but this was my decision.

During one of my matches, I felt one of the worst feelings a player who cares for his team can have. The feeling of being replaceable. That was the time I considered ending my career.

During my sophomore and junior years, I had to face an adversary that was constantly beating me on the tennis court. Someone that knew all my weaknesses and every aspect of my game, strategically and mentally. That someone was… me.

I was playing against myself every time I would step on the court.

Emotions involving family issues, failure, and lack of trust in my potential were taking away the pleasure and joy of playing tennis. And the results at the end of the match often validated my struggles.

It got to a point where I didn’t see a purpose in continuing to play.

Tennis is an individual sport but in college, tennis becomes a team sport. While you compete on your own, your team relies on you.

During one of my matches, I felt one of the worst feelings a player who cares for his team can have. The feeling of being replaceable. That was the time I considered ending my career.

Weeks went by and I couldn’t find the courage to make a final decision. Once it began to impact my academic performance as well, I knew that I had to do something.

One Tuesday morning, I woke up, took a look at my phone and saw a message from my dad. I called him back but instantly knew that something was up. This wasn’t a good sign. Once I got him on the phone, it was confirmed.

His father, my grandfather, had passed away the previous night. He was a strong fighter; someone I grew up with and could always count on. I could do nothing but hold my phone and cry in my bed for the next couple of hours, searching for a reasonable explanation for everything that was going on in my life.

And all of this just happened one year after I lost my other grandfather, on my mom’s side, due to a heart attack.

I felt the need to share the bad news with my very first coach. He knew my grandfather quite well and left me a voice message I will never forget.

After I listened to the message a few more times, I knew that giving up was not an option anymore. Throwing in the towel meant giving up on everything my grandfather and my parents fought for to enable me this opportunity of a lifetime.

I decided that my senior year was going to be the year I would channel all of these emotions into one positive and unstoppable force.

As a senior, I needed to set the tone, and do everything I could to help my teammates and coach have a great season. When I flew back from Brazil in the second week of January, I received a text message from my coach while I was waiting for my bags at the airport terminal.

He told me that he had an accident that required knee surgery. The coaches’ entire rehabilitation process would take about six months and he had no idea how long he would have to be away from us.

At that point, I didn’t know how serious the situation was, but I knew that it would certainly impact the beginning of our season.

A week went by and when we were supposed to start practice, the coach called me a few times and told all the seniors that he couldn’t be around for the first four weeks. Besides not having a coach, we didn’t have an organized practice schedule. We couldn’t even find a coach to sub for him or uniforms to play in.

We didn’t have a team captain during that time either, so all the seniors tried to organize the first practices and as expected, it didn’t go well.

Due to our lack of experience, practices quickly became monotonous, lacking purpose. I tried to use my years of experience and some of the things I learned from other coaches, but it just didn’t have the same effect.

The team itself was feeling lost and no one knew what to do without having someone in the leadership role to coordinate practices and move the team forward. 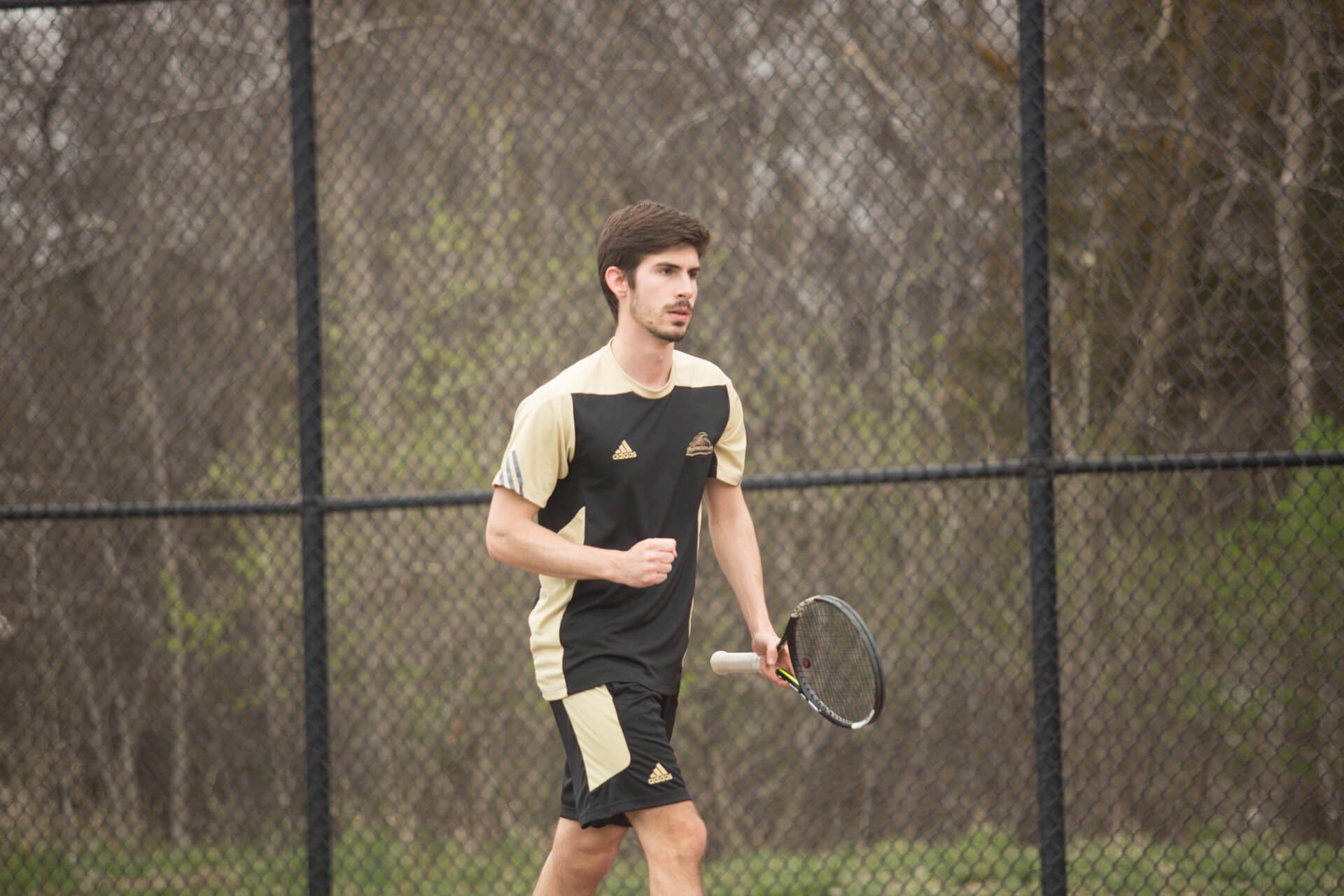 I spent hours speaking with them, sharing my thoughts and concerns. I wasn’t necessarily worried about my personal success but all the first-year students who were about to start their college careers. They had dreams and expectations just like I had when I came to Nebraska Wesleyan and deserved to have the best time possible.

The reason I became a success and received my bachelor’s degree in the United States was because NWU gave me the opportunity. They believed in my potential and now it was my chance to return the favor.

The administrators gave me the support I needed and it was now time to bring the team together and show them that it was possible to revert the situation.

During this time, we all built incredibly strong bonds, the strongest I have ever seen on a tennis team. We became close friends and supported each other in more ways than just one.

When our coach came back from his injury, we were ready.

The most memorable moments from my last season are the amazing matches we played together. But also having the opportunity as a SAAC member to represent my team’s interest or overhearing other conference coaches complimenting us on our growth as a team.

In the end, all I can say is, mission accomplished.

I’m proud to represent the Prairie Wolves. Proud of my teammates and extremely happy for contributing to the continuity of the program.

The foreign student-athlete that came from a country 9,000 miles away gained a new home and a new family. “Leading” this family, however, was my biggest accomplishment.

I will carry these lessons into my personal and professional life after graduation.

I dedicate my victories to my parents, my coaches, friends, and family. Especially to my grandfathers who are present in spirit and forever in my memories. I am sure wherever they are, they will be watching me proudly walk through the Nebraska Wesleyan arch one last time.

The foreign student-athlete that came from a country 9,000 miles away gained a new home and a new family. “Leading” this family, however, was my biggest accomplishment.

After graduation, I plan to pursue a professional career in the United States; preferably in Lincoln. I feel the need to give back to the community I lived in the past four years. I want to work for a company that, like Nebraska Wesleyan, cares about its people and gives them an opportunity to grow and make an impact in the life of others.

As an Economics major with minors in Communication Studies, Marketing, and Business Administration, I could fill many different roles. I do, however, have a personal interest in business development and strategic management as these areas help define core values & purpose and dictate the path a company should follow.

In the long-run, I want to positively impact other people’s lives and show them that there is no magic formula to success. All it takes is perseverance and action. 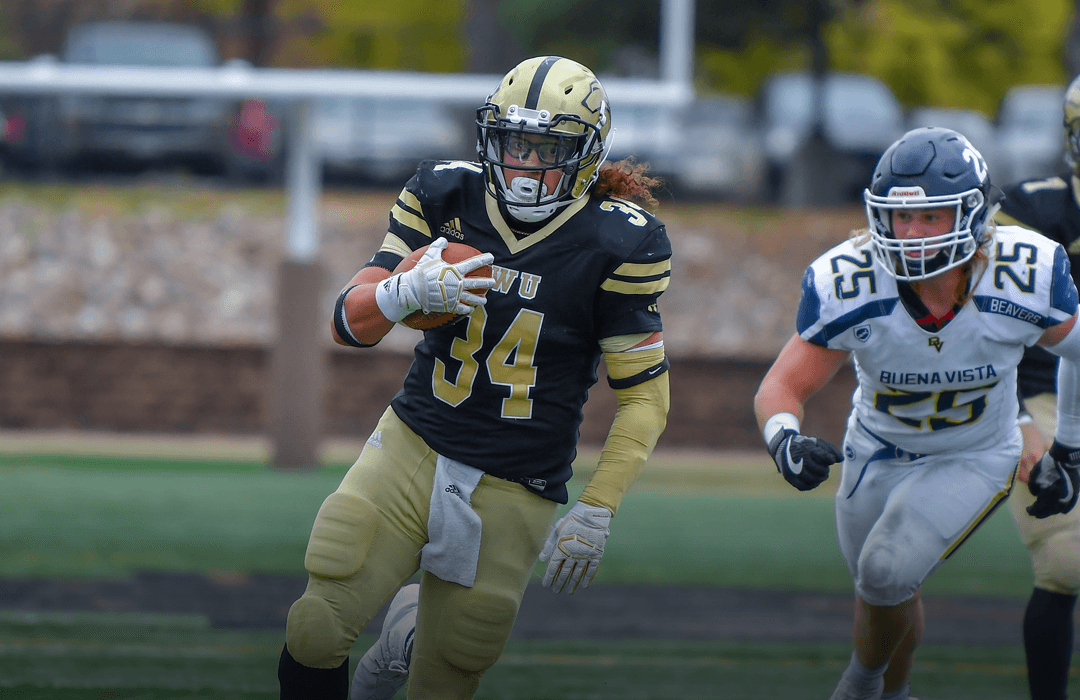 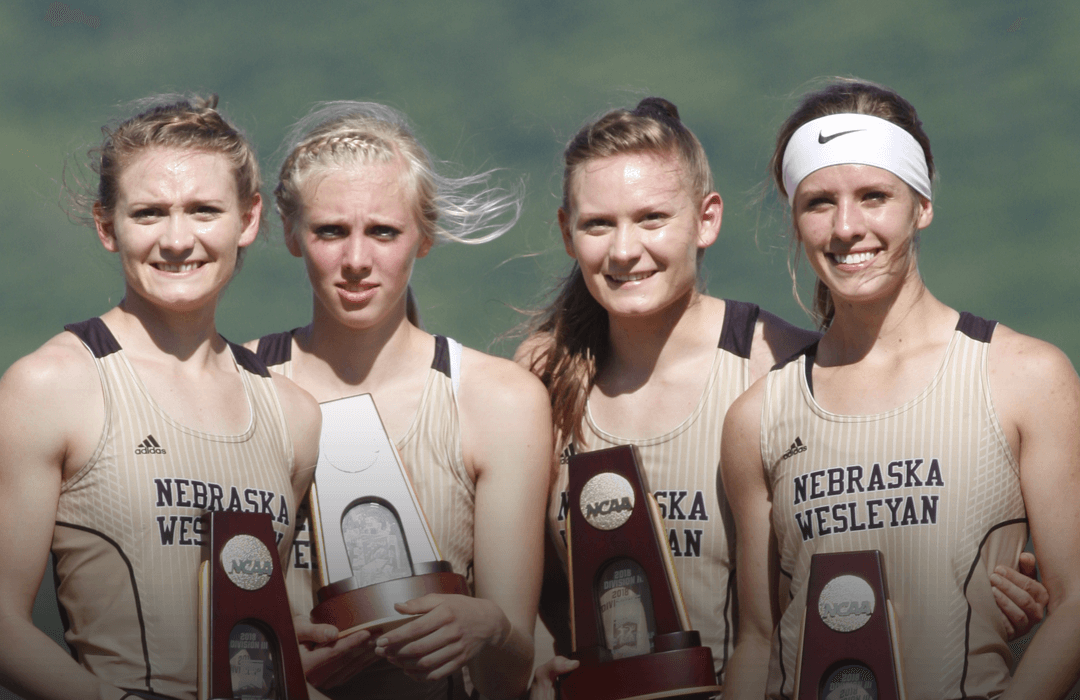 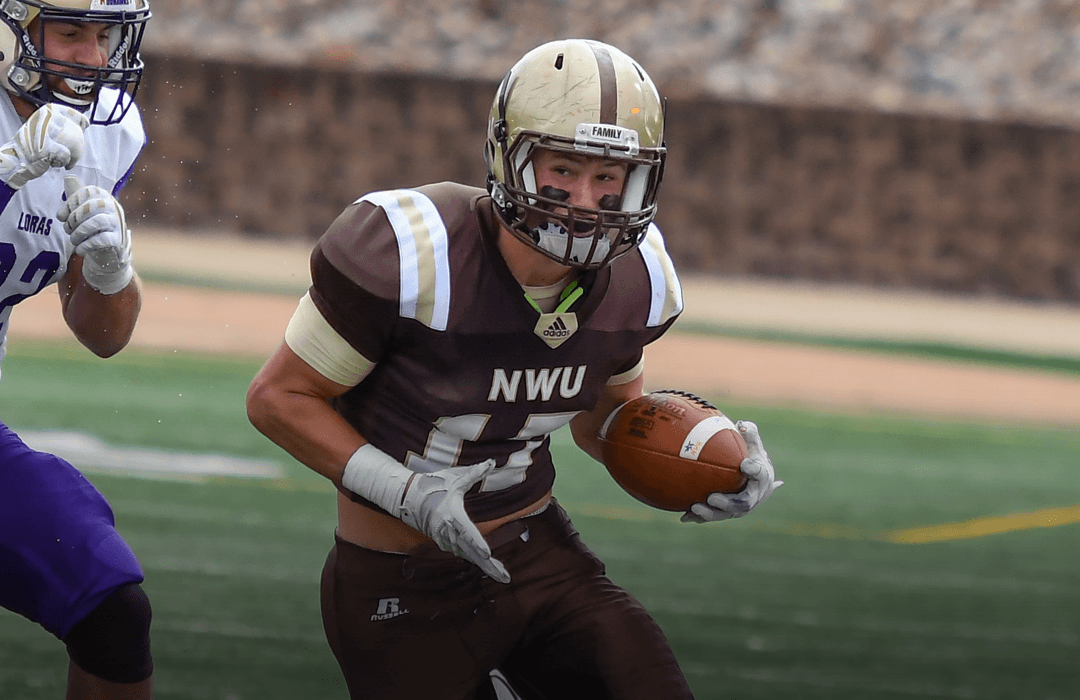